The Michael J. Fox Foundation for Parkinson’s Research (MJFF) announces a milestone in the Foundation’s impact on the Parkinson’s disease (PD) therapeutic landscape. On May 21, 2020, the U.S. Food and Drug Administration approved Kynmobi from Sunovion Pharmaceuticals Inc. This new therapy — which treats “off” time, when PD symptoms are not well controlled with oral medication — marks the second regulatory approval of a Parkinson’s treatment funded by the Foundation.

“The remarkable momentum in Parkinson’s research continues, and MJFF is proud to contribute to this success,” said MJFF CEO Todd Sherer, PhD. “This approval brings an important new treatment option for people with Parkinson’s who experience ‘off.’ We know from our research and discussions with the Parkinson’s community that ‘off’ time can significantly disrupt daily life, which is why we funded early clinical development of Kynmobi.”

The Foundation partially funded Phase I trials of Kynmobi — a thin-film formulation of apomorphine placed under the tongue — by biotechnology company Cynapsus Therapeutics in 2012 and 2014 with two grants totaling more than $1.4 million. This funding was made possible through a collaboration with MJFF’s longtime supporter and partner the Edmond J. Safra Foundation. After multiple rounds of venture capital investment and a public offering, Sunovion acquired Cynapsus in 2016 and continued the development of Kynmobi.

This latest drug approval is an example of the Foundation’s strategy to fund early development of promising therapies and “de-risk” them for further investment. MJFF’s “de-risking” model worked for Inbrija — an inhaled levodopa formulation for “off” time — which also received early funding from MJFF and was approved by the FDA in December 2018. More than 35 other potential therapies are advancing through clinical trials thanks to Foundation funding.

The Foundation directs its donor-raised funds to the areas of most pressing patient need: from better symptom management to treatments to slow, stop or even prevent Parkinson’s progression. And many more therapeutic programs benefit from other types of support, such as MJFF’s participant recruitment efforts and its work to develop effective measures of Parkinson’s disease.

The newly approved Kynmobi helps quickly alleviate “off” time when Parkinson’s symptoms such as tremor or stiffness return between medication doses. These “off” periods can greatly impact quality of life, by limiting the ability to complete everyday tasks and adding uncertainty to a patient’s day.

A 2014 MJFF survey of more than 3,000 people with Parkinson’s disease found that more than 60 percent of respondents were in an “off” state for two or more hours per day and nearly 50 percent said their “off” time caused them to avoid or stop activities.

Sunovion Pharmaceuticals Inc. Chief Executive Officer Antony Loebel, MD, said, “We understand how profoundly disruptive these off periods are and are pleased to have developed a treatment that helps bring a person living with Parkinson’s disease back on. We are grateful to The Michael J. Fox Foundation for its early support of Kynmobi and continued partnership in educating patients on the experience of ‘off’.”

Since 2017, Sunovion has been a member of The Michael J. Fox Foundation-led Parkinson’s Disease Education Consortium (PDEC), an alliance of biotechnology and pharmaceutical firms that support MJFF’s commitment to furnishing high-quality education resources for the Parkinson’s community. In that time, PDEC has supported programs to increase research participation, bridge the communication gap between patients and health care providers, and connect the Parkinson’s community to resources through Parkinson’s IQ + You events.

About The Michael J. Fox Foundation for Parkinson’s Research

As the world’s largest nonprofit funder of Parkinson’s research, The Michael J. Fox Foundation is dedicated to accelerating a cure for Parkinson’s disease and improved therapies for those living with the condition today. The Foundation pursues its goals through an aggressively funded, highly targeted research program coupled with active global engagement of scientists, Parkinson’s patients, business leaders, clinical trial participants, donors and volunteers. In addition to funding more than $900 million in research to date, the Foundation has fundamentally altered the trajectory of progress toward a cure. Operating at the hub of worldwide Parkinson’s research, the Foundation forges groundbreaking collaborations with industry leaders, academic scientists and government research funders; increases the flow of participants into Parkinson’s disease clinical trials with its online tool, Fox Trial Finder; promotes Parkinson’s awareness through high-profile advocacy, events and outreach; and coordinates the grassroots involvement of thousands of Team Fox members around the world. 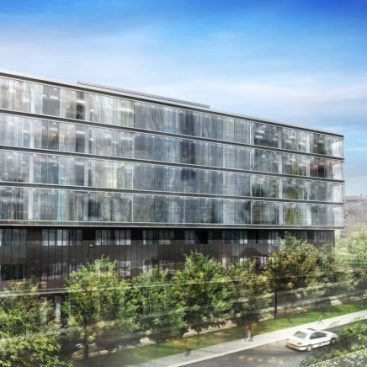